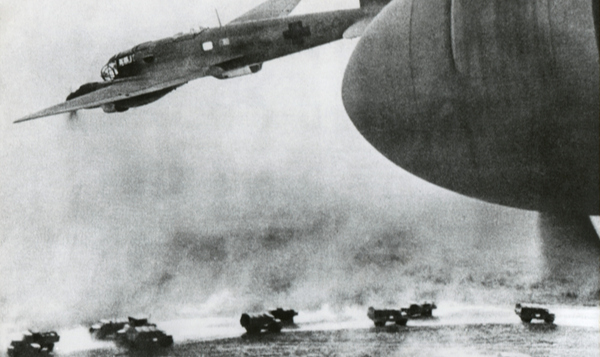 In June 1941, German military planning was firmly focused Operation Barbarossa, the impending invasion of the Soviet Union. With the defeat of British, Commonwealth and Greek forces on Crete, Nazi Germany and Fascist Italy now controlled much of Western Europe. British and Commonwealth troops still opposed German and Italian forces in Libya, and Vichy French units in the Levant. The undeclared war between Germany and the United States continued in the North Atlantic, where the Royal Navy and the Kriegsmarine waged a grim battle over the vital maritime supply line from North America to England. In the air, while the Luftwaffe’s blitz on the United Kingdom diminished, the Royal Air Force commenced intensive bombing raids on Germany’s industrial heartland.

On 2 June 1941, the German and Italian leaders met for a conference at the Brenner Pass between Austria and Italy. In the course of the five-hour meeting, Adolf Hitler held forth about recent events such as his deputy Rudolph Hess’s abortive solo peace mission to Scotland. Hitler failed, however, to mention to Benito Mussolini that Germany was preparing to invade the Soviet Union.  Mussolini was already aware of Hitler’s plans, however, and remarked to his own foreign minister that he wouldn’t be sorry to see Germany get ‘her feathers plucked’ in attacking Russia. Hitler was more forthcoming with the Japanese ambassador to Germany on 3 June, when he advised the ambassador of the impending invasion. British intelligence intercepted and decoded the ambassasor’s report of the meeting, but failed to forward the detailed description of Germany’s plan of attack to the British Joint Chiefs of Staff for eight days.

The last evacuation of British and Commonwealth forces from Crete on 1 June marked the beginning of the long and often brutal German occupation of Greece. The first reprisals against Cretan civilians took place at Kondomari and Alikianos the following day when German paratroopers shot villagers suspected of killing Germans troops during the battle. On 5 June Emmanouil Tsouderos, the Greek Prime Minister in exile, broadcast from Egypt, asking the Greek people to ‘Unite as one man more closely than ever around our national symbols, around our flag and our heroic King’. In anticipation of the German occupation of the Soviet Union, Adolf Hitler issued the ‘Commissar Order’ on 6 June, which stated that any Red Army commissars captured during combat or resistance operations were to be shot immediately. In France, on 10 June the Vice Premier of Vichy France, Francois Darlan, urged the French not to resist either German occupation or the pro-German Vichy regime as ‘disorder in the country’ would only ‘increase the misery of the population’ and serve ‘to prevent the rebirth of the nation’. Three days later the Vichy President Phillipe Petain announced that 12,000 French Jews had been arrested ‘plotting to hinder Franco-German co-operation’.

In the wake of the failed Iraqi coup in May 1941, a mixture of British, Commonwealth and allied forces moved against Vichy French-controlled Syria and Lebanon, in order to prevent the establishment of German military bases for operations against British-controlled Egypt while British forces were engaged in Libya. In reality, the German military presence in Syria was largely non-existent by June 1941, with all of the German aircraft which had been sent in support of the Iraqi coup having been destroyed the previous month. The ambitious British battle plan involved British, Indian and Free French forces advancing from Palestine, while Indian Army forces advanced from Iraq. The campaign opened on 8 June, and while the Vichy French airforce was quickly destroyed, the Vichy French forces in Syria mounted an effective defence until an armistice was agreed on 14 July.

America and the war in Europe

On 10 June, Benito Mussolini marked the first anniversary of Italy’s entry into the war in Europe in support of Germany with a speech to the Grand Council of Fascism. He recognised that the United States was already in an undeclared state of war with the Axis powers, but reassured his audience that ‘American intervention would merely lengthen the war and would not save England’. Six days later, the American President Franklin Roosevelt ordered the closure of all German consulates in the United States, with their staff to be expelled from American no later than 10 July. Italian consulates were ordered closed on 21 June. The British Prime Minister, Winston Churchill, thanked the American people for their nation’s support of the allied war effort, and observed that since American and Britain were joined in the war effort ‘our future and that of many generations is at stake.’ Germany and Italy responded to President Roosevelt’s demands by ordering that all 31 United States consulates be closed.

On 22 June 1941, German forces launched Operation Barbarossa, the invasion of the Soviet Union. Hitler had finally forewarned Mussolini of the attack on 21 June, urging the Italian leader not to forewarn the Italian ambassador in Moscow lest the diplomatic codes were intercepted and decoded. Vyacheslav Molotov, the Soviet Minister of Foreign Affairs, described in a radio broadcast how the invasion had been forced on Russia by ‘the clique of bloodthirsty Fascist rulers of Germany who have enslaved Frenchmen, Czechs, Poles, Serbians, Norway, Belgium, Denmark, Holland, Greece and other nations.’ His government was confident that the Soviet armed forces would ‘inflict a crushing blow upon the aggressor.’ Churchill acknowledged his consistent personal opposition to communism, but announced that ‘Any man or state who fights on against Nazidom will have our aid. Any man or state who marches with Hitler is our foe’. Henceforth the Soviet Union would be supported as one of the allied forces in the struggle against fascism. On 24 June Roosevelt echoed Churchill’s remarks, stating that ‘Of course we are going to give all the aid we possibly can to Russia.’

As German forces moved through Belarus and Ukraine, and Hitler occupied the Wolfsschanze (Wolf’s Lair) the Eastern Front military headquarters near Rastenberg in Eastern Prussia, Roosevelt signed Executive Order 8807 on 28 June – the creation of the United States Office of Scientific Research (OSRD) and Development. In addition to the invention and perfection of new bombs, detonators, fuzes, radar systems, medical treatments and vehicles, the OSRD went on to establish the S-1 Section which in 1942 became the Manhattan Project responsible for developing the nuclear bomb. 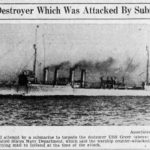 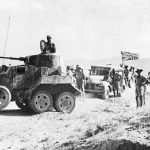 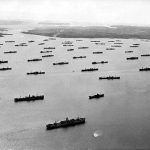 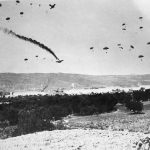 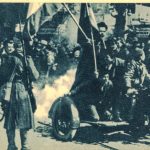