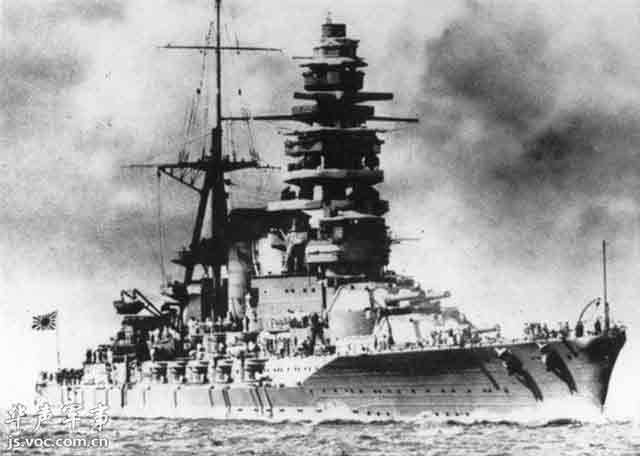 In December 1941, the German offensive against Moscow was halted by a combination of stout Soviet defences and counter-offensives, while Operation Crusader in Libya ended in stalemate, with both the Axis and British Commonwealth forces suffering heavy losses of tanks and troops. Last minute diplomatic exchanges between the United States of American and Japan proved futile as Japanese naval and army forces launched a combined assault against American, British and Dutch possessions following a surprise attack on the United States Navy base at Pearl Harbor, Hawaii on 7 December 1941. While Adolf Hitler called for ‘fanatical resistance’ by German troops on the Eastern Front, and took personal command of the German Army, Winston Churchill predicted the ‘many disappointments and unpleasant surprises’ in the coming months before the world war would turn in the Allies’ favour.

On 1 December, the final American proposals for a settlement between the United States and Japan were rejected by Shigenori Togo, the Japanese Foreign Minister, as ‘fantastic’, and he described the American position as unrealistic and regrettable. Semi-official publications in Japan highlighted the ‘holy and historic mission’ to liberate East Asia from ‘exploitation’ by Europe and America by the creation of the ‘Greater East Asia Co-Prosperity Sphere’. Two days later Cordell Hull, the American Secretary of State, concluded that despite months of discussion with Japan it had never been possible to initiate actual negotiations. In the meantime, American cryptanalysts had intercepted instructions to the Japanese Embassy in Washington to destroy all codes.

On 2 December President Franklin D Roosevelt asked the Japanese Government to explain heavy troop concentrations in French Indochina. In Japan, the fateful order was issued to the Japanese Combined Fleet to attack from midnight on 7 December. Rear Admiral Matome Ugaki despatched the coded message ‘Climb Mount Niitaka’ to confirm that the combined Japanese assaults against American, British and Dutch possessions were to proceed. Vice Admiral Chūichi Nagumo and his Pearl Harbor strike force were a third of the way to their destination when he received the message. Japanese invasion forces sailed for Malaya and Thailand on 4 December, while President Roosevelt was assured on 5 December that reports of Japanese troop numbers in French Indochina had been exaggerated. Roosevelt wrote directly to the Japanese Emperor Hirohito on 6 December in an attempt to preserve ‘the beneficial influence of the long peace between our two countries’. He asked the emperor to uphold the ‘sacred duty to restore traditional amity and prevent further death and destruction in the world.’

‘A date which will live in infamy’

On 7 December Japanese forces commenced offensive operations against Malaya, Hawaii and Midway Island, followed by operations against the American territories of the Philippines, Guam and Wake Island, the Dutch East Indies and the British possessions of Hong Kong and Singapore. The surprise attack on United States naval and army air force bases based in Hawaii resulted in a tactical victory for Japan, with eight American battleships either sunk or damaged, together with three cruisers, three destroyers, a training ship and a minelaying vessel. Vital installations at Pearl Harbor were not attacked, however, while the American aircraft carriers were at sea when the Japanese attacked. Henceforth, while the Imperial Japanese Navy continued to rely on battleships, the United States Navy developed a war-winning strategy based on the use of aircraft carriers and submarines. The United States declared war on Japan on 8 December, with President Roosevelt describing the surprise Japanese attack on December 7, 1941, as ‘a date which will live in infamy’.

‘The Powers of the Steel Pact’

On 11 December, both Nazi Germany and Fascist Italy declared war on the United States. The Italian leader Benito Mussolini declared that the two powers of the Axis Steel Pact were henceforth aligned with ‘heroic Japan’ against the United States. The American Congress responded by recognising that a state of war existed with both Germany and Italy. Prime Minister Winston Churchill observed that the Axis powers were outnumbered by those Allied powers which had joined with the United States and the United Kingdom in declaring war on Japan – ‘We have at least four-fifths of the population of the globe upon our side’.

On 2 December, a British naval force arrived at Singapore. Force Z consisted of HMS Prince of Wales, a modern battleship, HMS Repulse, an aging battlecruiser, and four destroyers. The force was meant to include two aircraft carriers, but the HMS Indominable required dry docking after an accident off Jamacia, while HMS Hermes proved too slow to reach Singapore in time. Following the attack on Pearl Harbor, Force Z set sail on 8 December to intercept a Japanese invasion fleet in the China Sea, north of Malaya. The force exchanged fire with Japanese naval vessels but failed to locate the main convoy. Force Z was attacked, in turn, on 10 December by Japanese torpedo bombers, just as the force had turned for Singapore. Without air cover, the Prince of Wales and Repulse were each hit by four torpedoes, becoming the first capital ships ever to be sunk solely by airborne attack while at sea. The loss of Prince of Wales and Repulse, when combined with the United States Navy’s losses at Pearl Harbor, meant that the Allies now had only three capital ships still operating in the Pacific – the three American aircraft carriers USS Enterprise, USS Lexington and USS Saratoga. Singapore now stood as a bastion against the anticipated Japanese land-based invasion, rather than as the fortified naval base which had been developed since 1921.

Adolf Hitler ordered the abandonment of all major offensive operations on the Eastern Front on 8 December, due the early onset of ‘severe winter weather’. While Hitler was anxious that Sevastopol be captured as soon as possible, and Leningrad surrounded, the responsibility for harassing Soviet forces until operations could resume in 1942 was given to the German airforce. Directive number 39 also indicated the extend of the casualties suffered by German forces on the Eastern Front, with the number of eligible recruits born in 1922 insufficient to replace the losses of 1941. On 16 December Hitler called for ‘fanatical resistance’ from his troops, who were to hold their positions before Moscow. On 20 December Joseph Goebbels, the Reich Minister for Propaganda, announced that winter clothing would be collected for German forces on the Eastern Front.

The final weeks of Operation Crusader in Libya ended with the retreat of the German-Italian forces and the consequent shortening of vital supply lines. General Erwin Rommel had managed to keep his forces intact in the face of superior Allied armour, while the British Commonwealth forces’ new defensive positions were dispersed, and their supply lines became stretched. Rommel would exploit these weaknesses the following month when a reconnaissance in force quickly developed into an offensive, until once more concluding in a stalemate. On 31 December Rommel reflected that the ‘good finish for 1941’ was due to the ‘superhuman exertions’ of the German and Italian troops.

The 24 December broadcast by Winston Churchill noted that it was a ‘strange Christmas Eve’, with almost all of the world ‘locked in deadly struggle, and with the most terrible weapons which science can devise.’ The previous week the American S-1 Committee had met with ‘enthusiasm and urgency’ to discuss the development of an atomic bomb and recommended the allocation of $400,000 to Ernest’s Lawrence’s work on the separation of the fissile isotope Uranium-235. Churchill addressed the United States Congress on 26 December, predicting that over the next eighteen months the Allies would experience ‘many disappointments and unpleasant surprises’ until the war would finally turn in their favour. 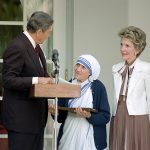